If you’re looking to earn more money, you should picking up a side hustle. But where should you start? Here’s the story of how Eric turned a hobby into a full-time income. 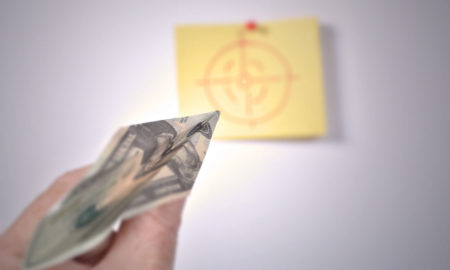 99 Legit Quick Ways To Make Extra Money On The Side 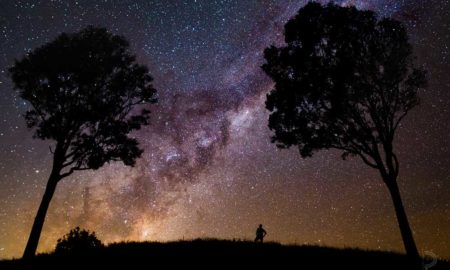 Why Compound Interest Isn’t As Powerful As You Think 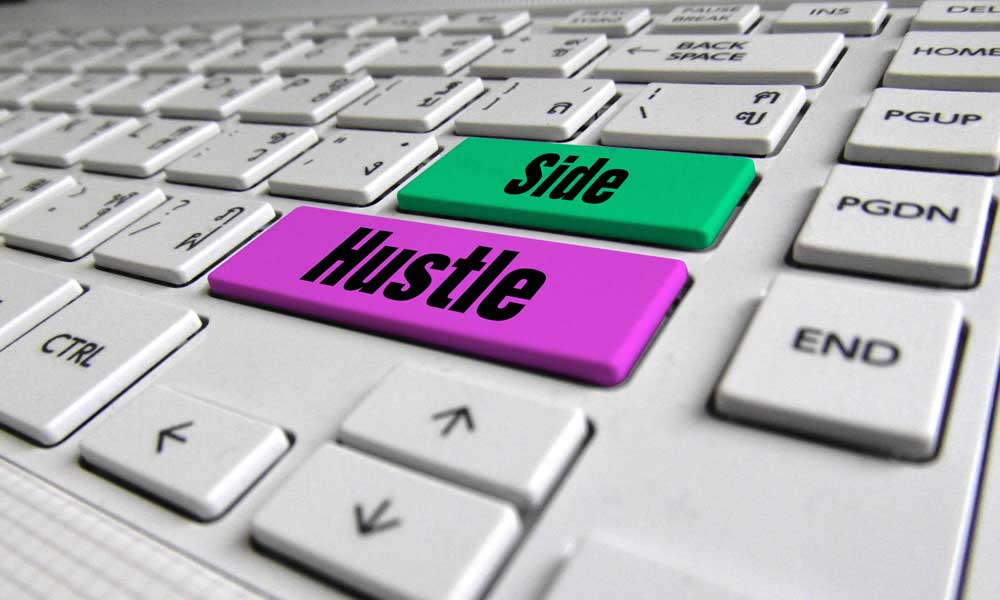 When I was a junior in high school, I created my first website. It admittedly wasn’t a good website, but in those hours I spent in the computer lab during off periods when I should have been studying, I learned HTML and added advertising to my site.

At the time, here was no such thing as Google AdSense. In fact, Google was just starting as a new fledgling search engine. My site was built using GeoCities (remember that?), and I added Yahoo! click advertising that paid me five cents for each click.

In all, I made less than ten dollars from the experiment, but it sparked something in me that would later lead to a $40,000 side hustle and eventually a new career.

The HTML skills I picked up building my first site stuck with me through high school and into college.

While working as a summer camp office manager in my seventh summer as a staff member at the local Boy Scout camp, I was lucky to have my laptop, high speed internet, and a lot of downtime between helping people during weekday afternoons.

I stumbled upon Blogger in 2006 and started my first blog. It wasn’t very good and it no longer exists, but that action led to a chain of events that 10 years later would be worth tens of thousands of dollars.

I didn’t start my blog, or my second blog, trying to make any money. I did it because it was a fun hobby. I enjoyed writing and sharing thoughts about the world around me and curating and analyzing articles written on topics I am passionate about.

I realized as my site and online notoriety grew that blogging had a great future, and maybe I could make a few bucks doing this on the side.

My first job out of college was as a bank manager. I didn’t work there long, as it wasn’t a great cultural fit, but I learned a ton about banking that, coupled with my finance degree, gave me a widespread knowledge base on personal finance topics.

The week after I left my job in the bank, I started my first blog with the idea of making a few dollars.

In October, 2008, I started a blog called Narrow Bridge Adventures, that later became Narrow Bridge Finance, and ultimately Personal Profitability, which is still the hub of my online activity.

Personal Profitability started like most other single author blogs. It didn’t have too many readers at first, and most of the readers in the beginning were my Facebook friends and Twitter followers. But slowly, the audience grew and so did the revenue.

I didn’t make a whole lot from the Google AdSense ads I put on the site, but a little while into the site’s existence I got an email from a digital marketing consultant in England asking me to write an article on a topic she provides with a link to her client for $10.

I didn’t know much about online advertising at the time, so I jumped at the opportunity, and those $10 posts kept rolling in. Disclaimer: search engines used to reward sites that had the most links, but now penalize sites that show a pattern of paid text links like this, so I would not recommend doing this today.

I was a big fan of other personal finance blogs at the time, many of which no longer exist, and one of them led me to a group called the Yakezie. Led by Financial Samurai, who would later become a friend and mentor in online income, I was one of the original members of the growing network of independent website owners.

Through discussions in our community forum, I learned that $10 was way too little to be charging, and through advertising campaigns run by members of the network, my online income really started to grow.

At the same time, thanks to linking to each other, my website traffic, reputation, and visibility began to grow as well.

Thanks to my participation in the Yakezie, I learned about a new conference in 2011 organized by Phillip Taylor of PT Money, who would also later become a great friend. At the first Financial Blogger Conference, I had the opportunity to meet over a hundred other finance bloggers and learned how to really run my blog like a business.

Lesson 4: Be Flexible and Open to Opportunities

At this point my blog was earning enough to cover quite a bit more than beer money. I made enough to cover the expenses of hiring a professional logo designer, paying for a premium WordPress theme for my blog, and covering the cost of attending the first Financial Blogger Conference.

Through the connections I made there, I started seeing opportunities to write for other websites for a modest fee. At the same time, I was stubborn and wanted to do everything for my site on my own, and I put those HTML skills to use and helped some friends start their own blogs.

My income from freelance writing grew until it was earning more than Personal Profitability, and friends in the community who I helped out with small technical challenges for their blogs asked if they could hire me to setup their site, migrate to a new host, or install a new theme.

Thanks to my two new income streams that stemmed from my blogging, I was earning enough to cover my rent each month. It helped me pay down my student loans. And when I bought a condo, it covered my mortgage each month.

My online income continued to grow, and as it was all in addition to what I was making as a full-time financial analyst, I was living the good life. I eventually paid off my student loans and had enough income to cover anything I reasonably wanted.

Lesson 5: It Takes a Hustle and Dedication

As my online workload grew, my free time outside of work shrank. I would come home every day after work and spend at least a couple of hours blogging, writing, and helping people with websites. Free time on weekends became work time. I was working a job and a half, and while the income was great, it wasn’t easy.

My online income was growing by a bigger percentage each year until in 2015 I brought in $40,000. I had always wondered if I could quit my job as a Senior Financial Analyst and support myself completely with my blog, but getting married and having a baby kept making it seem farther from reality.

But I kept putting in those hours, working hard to increase my online income while still maintaining my full-time job. A few months after my daughter was born, however, I realized that something had to give.

I could keep earning the same $40,000 on the side, and might be able to grow it a little bit or cut back on hours by raising my rates, but I wasn’t going to see any meaningful growth unless I made a change.

Lesson 6: Sometimes a Side Hustle Can Grow into a Full-Time Income

There was no way I was going to sacrifice being there for my family so I had to decide between the high paying day job and the lower paying side hustle. Knowing that many people get by just fine on $40,000 per year and that my $40,000 could grow if I went from part-time to full-time, and with the support of my amazing wife, I decided to go for it.

On April 8, 2016 I literally walked out of corporate America into the rare Portland sunshine. The sun shining down was a nice welcome to my new job. I got in the car, drove home, and got to work.

Now, almost half a year later, I am still thrilled with the decision. Of course there are ups and down in entrepreneurship, but I have seen more ups than downs, and I’m on track to surpass my old day job income in the next six months or so.

Not bad for a guy who started his first website at 17 and thought blogging would be a fun hobby.

Lesson 7: It all Starts with the First Dollar

I can’t think of anyone who wouldn’t be thrilled with an extra $40,000 in their pocket, but as you can see, it didn’t start that way. It all starts with the first dollar.

So whatever your passion, think hard about turning your hobby into an income source. Start a blog about it. Teach others how to do it. Share your passion at live events. Maybe you would do well as a speaker.

There are hundreds of side hustle ideas. It just takes the first step to get started.

So what are you waiting for? Don’t you want to secure your future, pad your savings, and get ahead financially? My secret to that is having multiple income streams. If I can do it, so can you.

It all starts with the first dollar.

Eric Rosenberg, MBA is a graduate of the University of Denver. He is a prolific finance and technology writer whose writing has appeared in publications including the Huffington Post, Business Insider, Investopedia, and many others. He has worked with internationally recognized financial brands including TD Ameritrade, SoFi, Betterment, Travelers, Citizens Bank, BMO Harris, HCC Medical Insurance Services, SelectQuote, Graphiq, and Turo. He is also a public speaker, having spoken at conferences such as FinCon Ignite, and TBEX. When away from the keyboard, Eric he enjoys exploring the world, flying small airplanes, discovering new craft beers, and spending time with his wife and baby girl. You can connect with him at his own finance blog Personal Profitability.

More in Building Wealth Through Entrepreneurship