Chapter 3 — How To Get The Best Mortgage Rate

The interest rate that the lender charges for each mortgage is the only profit the lender makes on the transaction. If there is a higher risk for the lender, the rate the borrower will pay will be higher.

As a result, all the factors that make you perceived to be a higher risk will increase the interest rate that you pay, so by reducing your perceived risk you’ll also reduce your interest rate and therefore your total interest payments over the lifetime of the loan which adds up to a substantial amount! 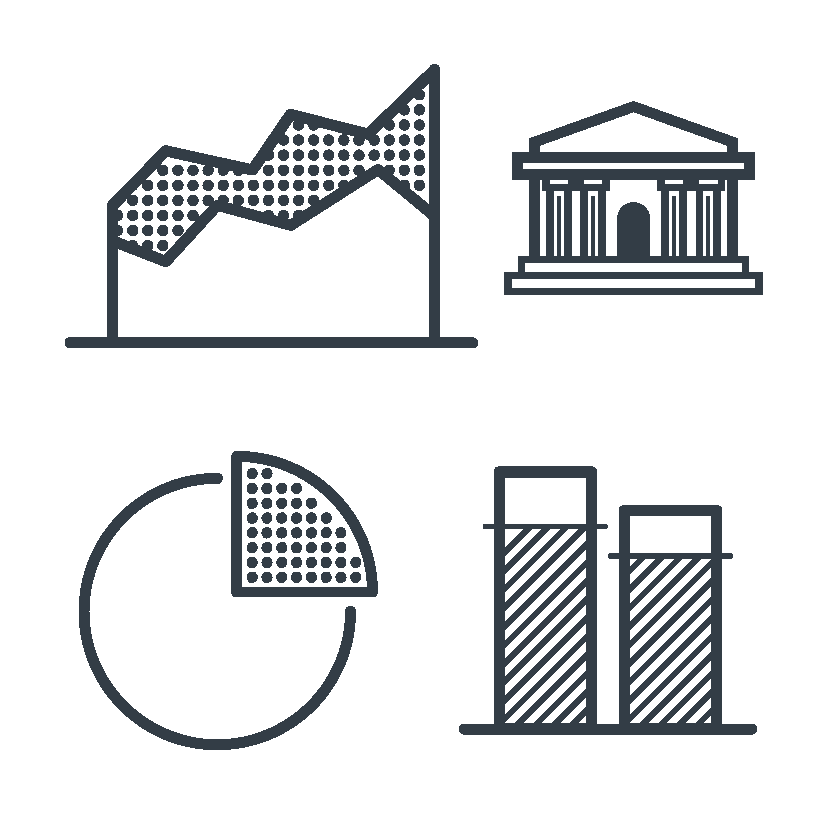 There’s no way to guarantee that you’ll get the best mortgage rate possible, but it’s important to be aware of the factors that affect your rate so that you can minimize your interest expense and save more money!

From the previous sections, we have already learned the basics of and adjustable rate mortgages (ARMs). We know that the rates the borrower will pay are different for fixed rates and ARMs, but if we want to understand why the rates are different, and why ARMs generally have lower rates, we have to delve into the concept of risk, in the context of mortgages.

A standard vanilla fixed rate mortgage has a higher risk for the lender, because whether the prevailing interest rates rise or fall, the borrower’s monthly payments stay exactly the same.

The interest rate risk also increases as the length of the loan term increases. This is simply because the longer the span of time, the more the prevailing interest rate is likely to change. Fixed rate mortgages have the highest rates because of all this risk that the bank is assuming in the transaction.

With an adjustable rate mortgage (ARM), however, the borrower is assuming all the interest rate risk, so the rate itself will generally be lower than the rate for a fixed rate mortgage. There are a number of different structures, or denominations for ARMs, and the Introductory Interest Rate could be locked in for as little as a few months, to ten years.

After the first rate, or teaser rate that is usually very low, the frequency at which the interest rate is adjusted also varies from loan to loan. Some common denominations are known as 3/1, 5/1, 7/1 and 10/1. The first number is the length of the teaser rate (in years), and the second number is the frequency at which the interest rates change - as you can see, most ARM loans re-adjust rates annually.

Since the rate fluctuates over the life of the loan, the initial interest rate does not determine what the rate will be after it changes. If the rate goes up, the cost to the borrower will be higher; if the rate goes down, so does the borrower’s monthly payment. Whichever party takes on the risk could either lose money, or make money on the deal, depending on whether the rates change in their favor or not.

Now that we understand why the rates are different for the two main types of mortgages, let’s take a look at how the bank arrives at the rate itself, and what factors impact this rate. 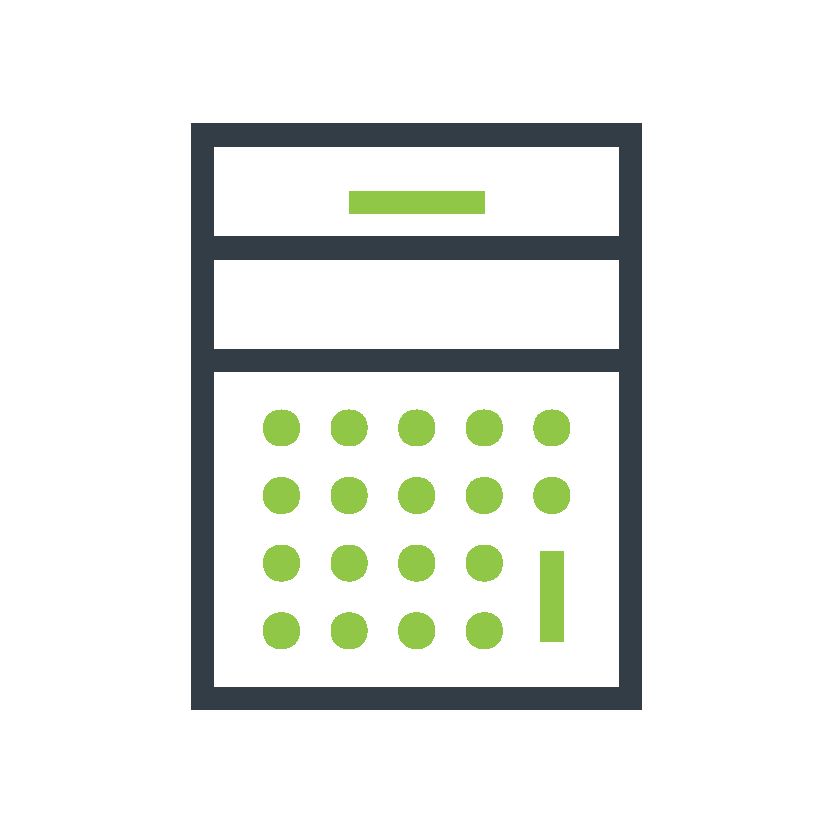 Just like the borrower makes the same payments for the life of the loan in a fixed rate, the bank makes essentially the same profit for an ARM regardless of how the interest rate changes, since the profit on an ARM is based on the margin. The margin is simply what the bank adds to the index rate, which determines the interest rate. 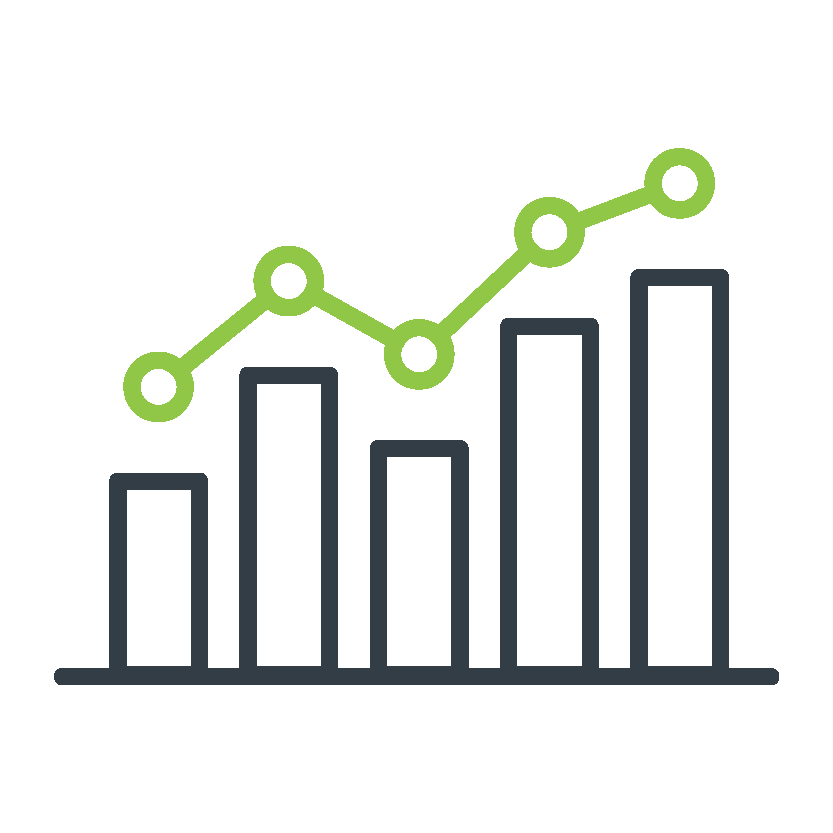 So while the index rate that the bank and the borrower agreed upon may go up or down, the margin that the bank receives will remain the same. The margin is set by the the individual lender when you apply for a loan, and this amount generally won’t change after closing, but it does vary a great deal depending on the lender.

As you may have guessed, though, ARMs can end up costing the borrowers more in the long run. There are a number of reasons ARMs are deceptively more expensive than the fixed rate alternatives. Most borrowers choose an ARM for the low initial payments. The Initial Interest Rate is usually very low, even lower than the prevailing rates for fixed mortgages.

The initial low interest rate, however, only lasts for the Adjustment Period, also known as the Introductory Period, and the borrower pays a price for getting such low initial rates, though they may not realize how much of a price until well after the adjustment period is over.

Once the adjustment period is over, the interest rate is reset, based on whatever index rate the lender chose in the mortgage agreement. There are a number of different indices that are can be used, or combinations of indices, some of which we will discuss later. The new payments with the new rate may be unaffordable for the borrower, but of course that was part of the risk the borrower took on when choosing the ARM.

Many indices are based on LIBOR (London Interbank Offered Rate), which reflects a group of major lending institutions’ rates when lending to each other. What is important to understand is that the LIBOR, like the Federal Funds Rate, is what’s called an “open market” rate, which means it is determined completely by the market, without any government regulation or limitation, and it is significantly more volatile than a Treasury Security.

However, if there is a payment cap that turns out to be low enough, the borrower may be paying less in their monthly payment than required to cover the accrued interest, and the remainder will be added to the balance of the loan. This will usually only happen with certain ARMs that have multiple payment options each month.

In that scenario, even though the borrower is making their monthly payments, the debt keeps going up. Borrowers should be careful to avoid this situation, called negative amortization.

As you can see, there are many moving parts involved in an ARM, and every borrower should be clear about several things before agreeing to the mortgage: 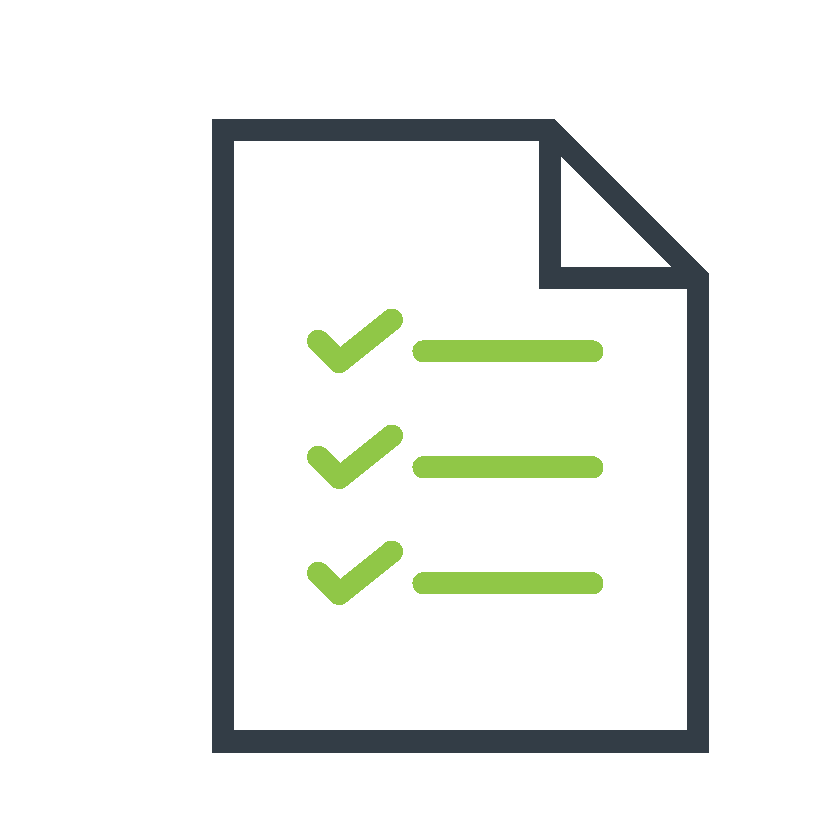 Every potential borrower should calculate the maximum monthly payment possible under the ARM contract, and be honest with themselves about whether they can afford it. If the borrower cannot afford paying the maximum, they probably should not take the mortgage.

The balance between your income and debt is called the Debt Ratio. This number is one of the first things any lender will consider when deciding whether to give you a mortgage. It is simply your debt divided by your income.

In this case, the specific numbers we use are the sum of all your monthly debt payments divided by your gross monthly income (GMI). The percentage you get from this equation is your debt ratio, also known as your debt-to-income ratio (DTI). Different lenders have different standards for the maximum DTI but the magic number, as far as the banks are concerned, is 43%. This is the highest ratio at which most banks will still give you what is known as a Qualified Mortgage, which we will discuss in more detail later. 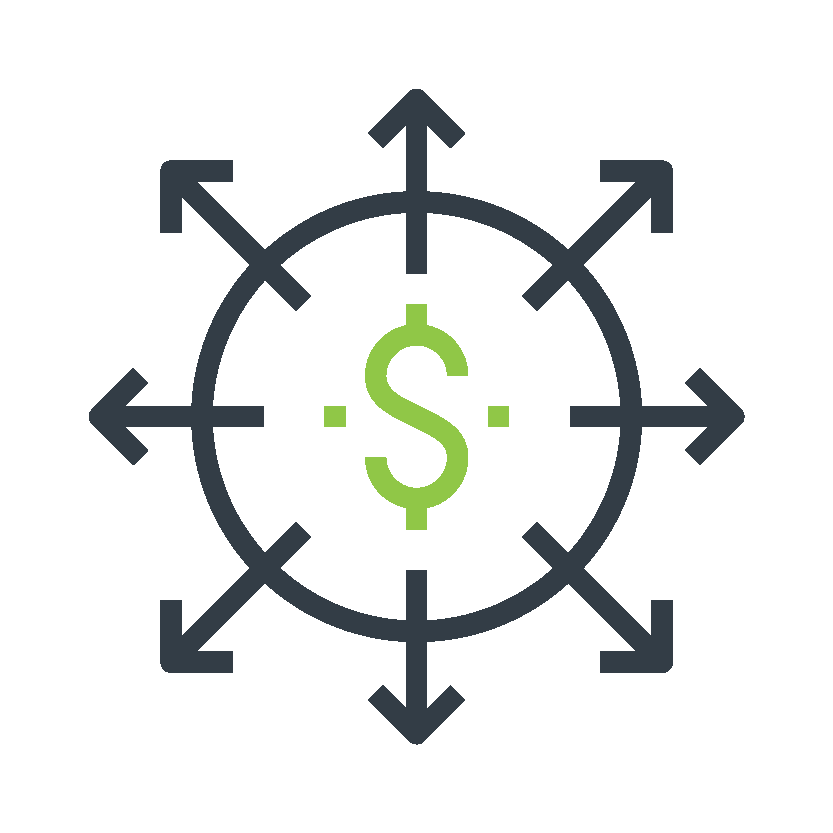 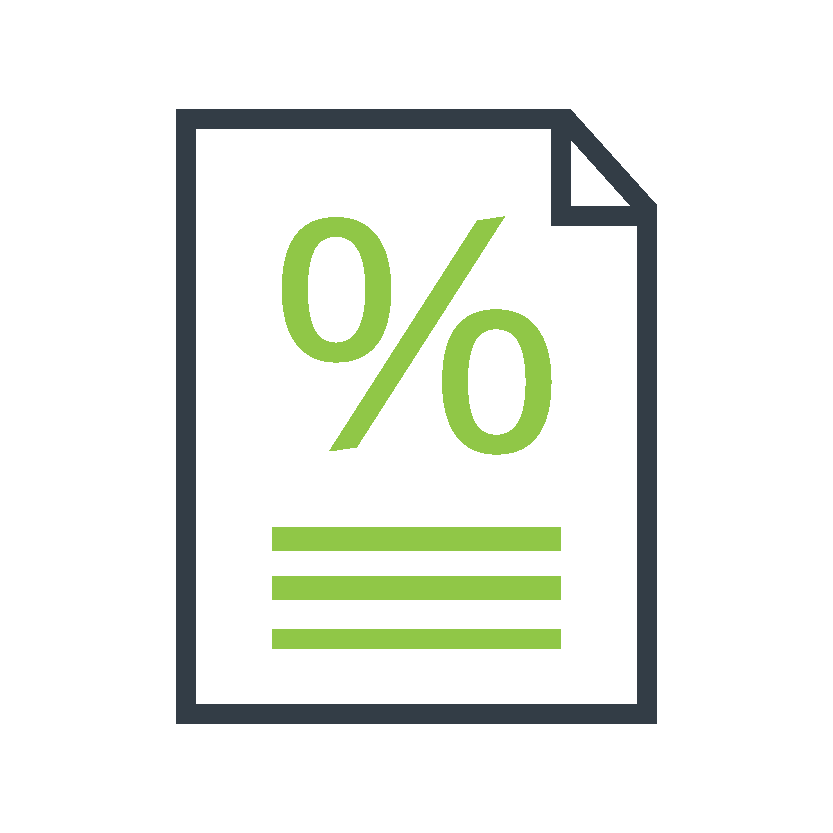 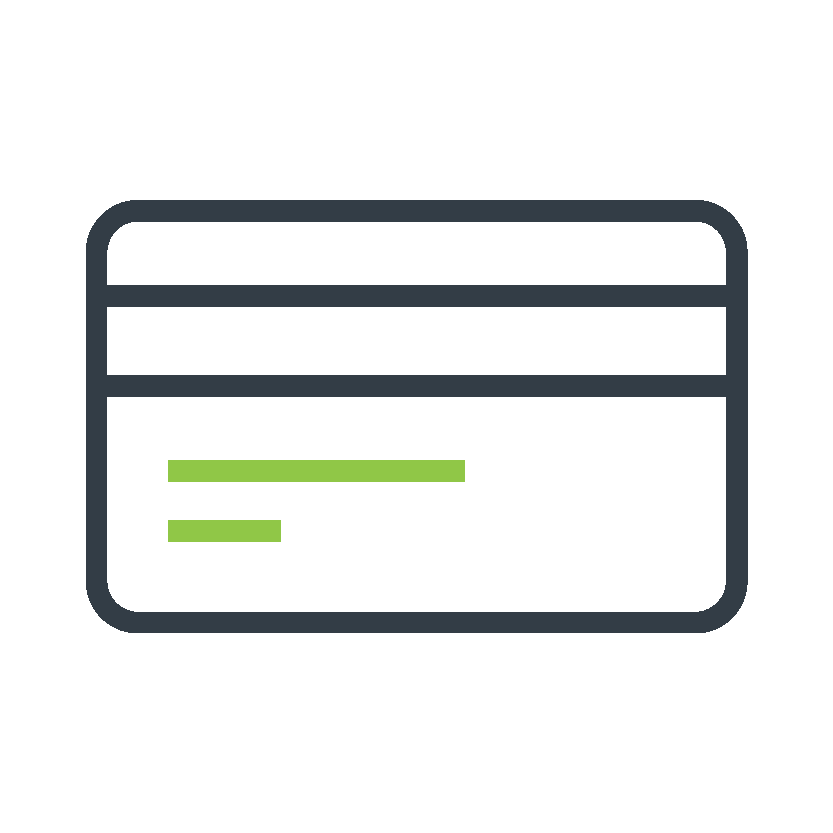 Your total monthly debt payments would then be $2,347.29, which divided by your GMI of $7,000 gives you a debt ratio of 33.53%. Since your debt ratio is well below that 43% magic number, you will almost certainly receive the loan, and with a much lower rate and better terms than someone with a 43% debt ratio.

Why does the bank give the borrower a lower rate? It is because the higher your debt ratio, the higher the likelihood that you will have difficulty making future payments, and maybe even default on the loan, which could lead to a foreclosure.

As we’ve discussed in previous sections, a foreclosure is when a bank decides to take back the house that was purchased with the loan as payment for the loan, since the borrower is now unable to make the payments. Remember that the house is a security for the loan, so if the loan remains unpaid for long enough, the lender will take back the security. 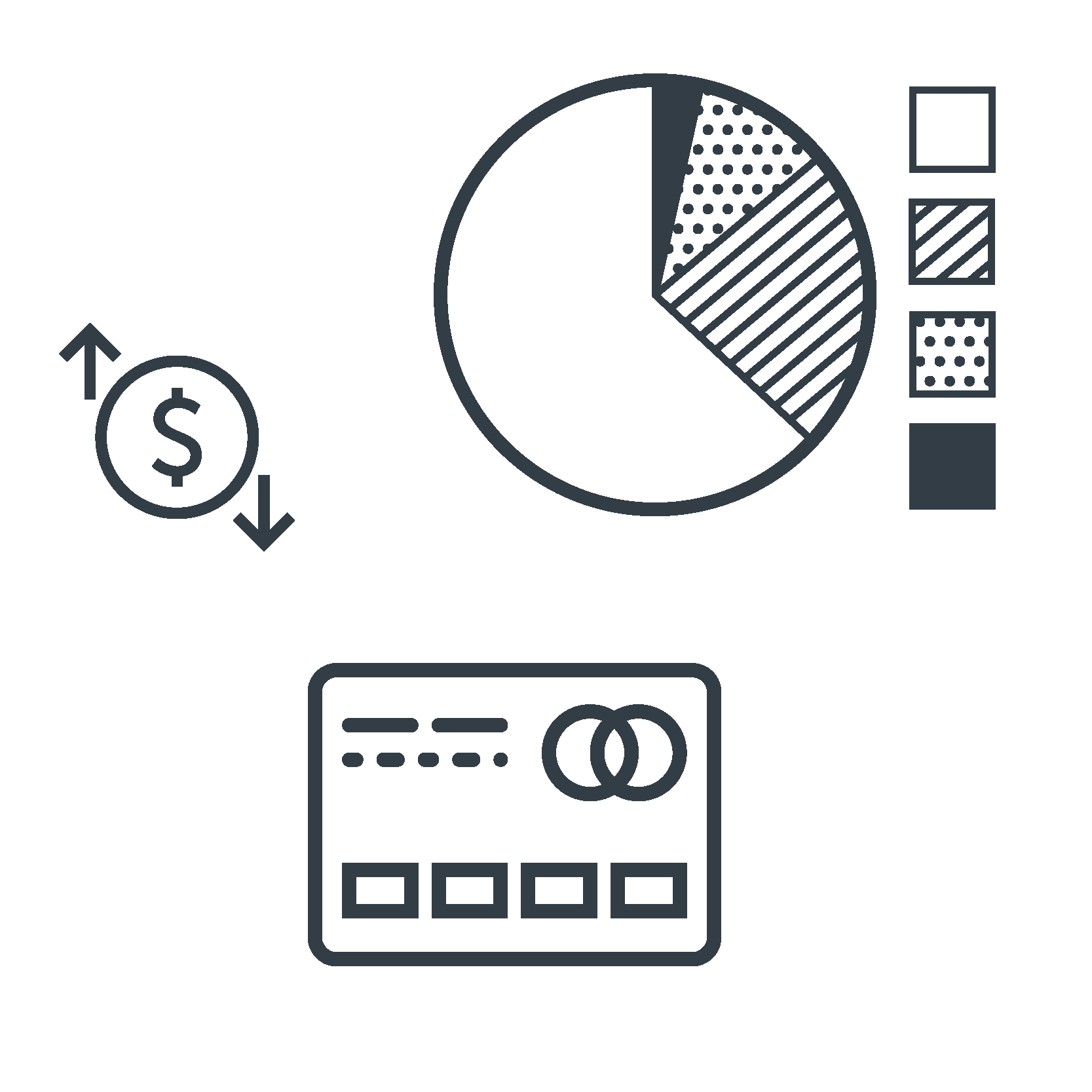 What is in the credit report? Every time you get a loan, whether it is a auto loan, a business loan, a credit card, any kind of line of credit, and of course a mortgage, the record of the loan and how you paid it back is in your credit report. The more debt you pay back on time, the higher your score will go, and of course the more you default, the lower the score will go. There are multiple credit reporting agencies out there, and every individual has multiple credit scores, but most mortgage lenders use the FICO score to determine their rates.

There are many ways a potential borrower can get a copy of his or her own credit report, and to check it for errors. You are eligible for a free credit report every year at annualcreditreport.com under federal rules. You can also sign up for a service like creditsesame.com which is also free and allows you to monitor your credit.

If your credit report contains something that is not accurate, this could affect the borrower’s credit unfairly. There are various procedures an individual can take to challenge or dispute their credit report, but they should at the very least be aware of what is in their report before dealing with a lender or getting a loan.

Other than your income and debt, most of the things that will affect a lender’s decision to give someone a loan will be contained in the credit report, including previous bankruptcies, legal actions against the borrower such as debt collections, foreclosures, or other judgments against the borrower.

Down Payment and Points

How much money the borrower brings to the table also affects the rate. Obviously, the down payment the borrower makes will change the rate, often in the form of discount points (or mortgage points), which is when your interest rate is lowered in exchange for paying some upfront fees.

These particular discounts are called “points” because each point is equal to one percentage point of the loan. Taking our example of a $400,000 loan, one “point” for this loan would be $4,000. Two points for this loan would be $8,000, and so on. The more points the borrower pays upfront, the lower the interest rate will be. A loan with two points will have a lower interest rate than a loan with one point, or a loan with zero points, if it is otherwise the same type of loan from the same lender.

In order to find the best rate, every potential borrower needs to be aware of all of the factors which will affect the interest rate of their loan. With this knowledge, the borrower will be able to secure a much more advantageous loan, both in the short and long term.

Disclaimer: The materials provided are for informational purposes only and is presented without warranty. It is not financial or legal advice and use of the information is at your own risk. To the maximum extent allowed by law, InvestmentZen disclaims any and all liability in the event any information, commentary, analysis, opinion, advice and/or recommendations prove to be inaccurate, incomplete, or unreliable. You should consult with a professional and do your own due diligence before making any financial decisions.