An unfortunate diagnosis helped this aspiring early retiree find a new connection between money and his life. 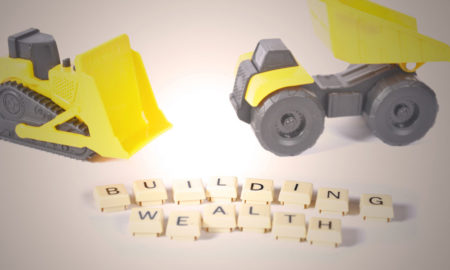 What If Your Paycheck Was Happiness, Growth And Fulfillment?

A few years ago, nothing or nobody would make me think that I was going too fast.

Today, I know myself much better. I know what makes me happy and what doesn’t. I know where I want to go and what to do. And that doesn’t include a 9-to-5 job working towards somebody else’s dreams…

We were all told that money can’t buy happiness. And maybe it doesn’t. But have you fully assessed the connection between money and your life? I invite you to do that today, throughout this post.

First, let me tell you my story.

My name is Benjamin Davis and I was born in Portugal, to an Italian and Canadian family. Although I am only 28, I already have a pretty dense resume, which includes a few years working for a large corporation and a PhD.

In 2012, I decided to go to Germany and get my PhD. The position I landed was great and I loved the (very international) environment at the research lab. I loved the city, my research project and the environment.

Eventually, I had to change to another university (and city) because I had to wait too long before starting my PhD. Turns out the new environment was horrible. The city was not receptive to foreigners either.

I hated everything. But it gets worse…

Your Life Can Change Overnight

One day, I woke up exhausted and thinking I had caught the flu, I paid my GP a visit. She recommended rest for 2 weeks, which didn’t happen at all.

In fact, as time went by, I got worse and worse! I became depressed. I saw every kind of specialist you can possibly imagine, and I did very invasive tests which didn’t reveal anything. I was misdiagnosed – from bone marrow infections to chronic depression – until I visited a ME/CFS (Myalgic encephalomyelitis / Chronic Fatigue Syndrome) specialist, who confirmed that I had (a mild version of) CFS.

This condition is way more that fatigue. Yes, sometimes I experience debilitating extreme fatigue (which makes it hard to lift my toothbrush sometimes). However, there are other symptoms like dizziness, chronic muscle tension and a few others, which leave me incapacitated. I learned how to manage some of the symptoms and I can get through life (some days are much better than others though).

CFS was a true epiphany that changed my life

In late 2014 I decided that I needed to do something about my situation because it became more and more unsustainable for me to have a full time job.

Learning to live with the symptoms was the first part of it, and I developed a few tools that helped me throughout, including a great diet and meditation. Controlling my symptoms was a big part of fighting the battle against CFS, but I had to do more.

My job was not allowing me to recover properly. I though about quitting my job many times, but I needed the money to live off of.

I started to think of ways to earn money without having to go to work. While this sounds like everybody’s dream, in my own case I had a very good reason to do that, because CFS started to prevent me from having a normal job. I felt that sooner or later CFS would prevent me from working.

I thought there had to be a way to retire off of an investment portfolio. In particular, I thought it was possible to live completely off passive income. I sat down and I started to project how much I could save (of my relatively large salary) and how much time would it take for me to live off the dividends.

I read over 100 personal finance and investing books in the course of the following 24 months, educating myself financially and learning a lot about investing, from stocks to real estate. While I read all these books, I found a bunch of early retirement blogs that ultimately gave me the confidence I needed to start putting my plan in practice. I set my goals and started working towards them…

Today, I am on track to retire by 33. I have a portfolio mainly exposed to Real Estate, although it also has some positions in the stock market. I am pretty hands on as far as my real estate investments (when my health allows me to). I often publish resources for Real Estate investing, including free real estate books, pro forma explanations and how to get rid of stuff, such as couches.

In the next 3 quarters of the year, I will be working on my health at the same time I will try to increase my net worth and diversity my sources of income.

So, I will come back to my the question of whether money is connected to happiness. Although I’ve learned to control some of my CFS symptoms, I am still tired and dizzy on a daily basis.

Because of that, I often have to drag myself to the office  – after all if I called in sick every second day, I would be fired. It really sucks not to have the energy to work and do what you like – especially when you need the money to live off of.

Over the years, I’ve also learned to listen to my inner-self and my own will. I don’t care if people tell me I am crazy because I want to retire by 33. I don’t care they tell me I think to much about money.

And this is only because I know I am onto something that will make me happier.

What is my advice to you?

My main goal with this post is to inspire you. You don’t have to have a health condition to have a desire to retire early or pursue happiness.

I invite you to assess the current status of your life and determining what is right and what isn’t. Maybe you have no reason to retire early or even make more money you are currently making. And that is also fine.

But have you got the connection between your money and your happiness right? Are you spending money on what truly makes you happy? For example, I have a friend who lives extremely frugally but spends about 20% of her salary on shoes (mainly heels). I know that makes her happy. I actually told her once “you could put all that money into stocks and…” to which she quickly responded “stocks won’t make me this happy, Ben!”.

What I have learned is that money without a purpose is not worth much. You have the power to spend your money on what you like.

So please do yourself a favor: assess your expenses and cut them aggressively if they are not making you happier. I am sure that excessive bank fees and club memberships that you don’t really use anymore do not turn you on. Cut those off (remember that fees compound too). Instead, invest in what makes you happy. Whether it is assets that bring more money, going out for lunch at your favorite restaurant or going to the cinema.

In my own case, financial freedom would mean a lot. I would mean that I needn’t to go to the office, unless I wanted to. It would mean I could rest if I were tired. It could mean that I would do what I want with my time. And that would be the ultimate meaning of happiness.

Benjamin Davis is the man behind From cents to Retirement, a blog where he explains, step by step, what he is doing to retire early. Ben also published a book recently, called "My strategy to retire early". The main reason for him to want to retire early is his health condition: Ben developed CFS during his early 20s, while doing his PhD. He believes that hustling hard to increase his montly income, saving aggressively and investing wisely will enable him to retire by 33. His long term goals include making From Cents To Retirement a reference blog for early retirement, inspiring others with his own story, owning 100 homes and retire in the coast of Portugal.