How You Can Get Rich Without A Fancy 6 Figure Job

Most of us are raised to believe that becoming a doctor, lawyer, executive, or other high-paying profession is the only path to wealth. But there is a better way to become rich at nearly any income level. 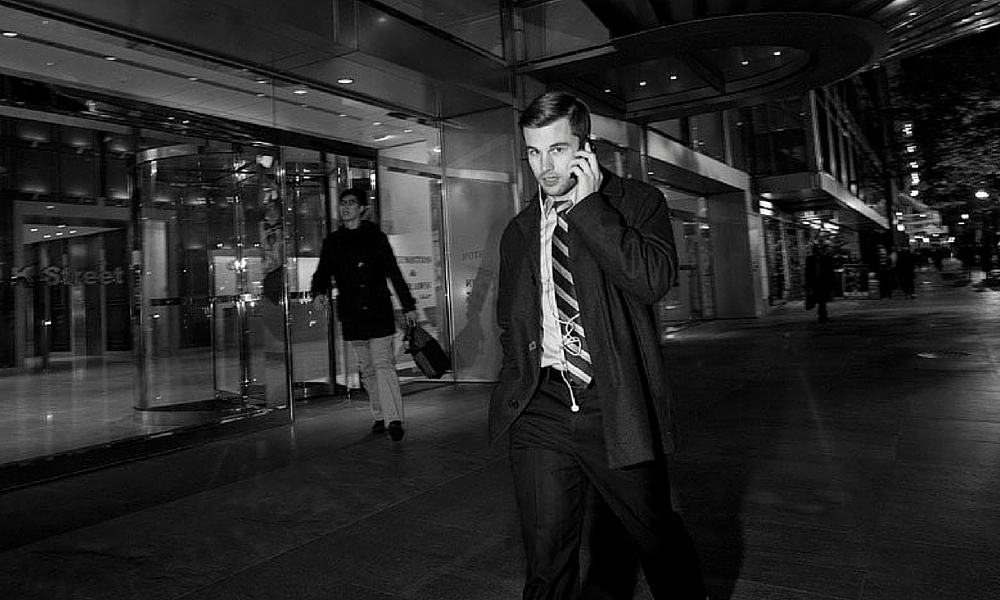 Ask any parent about the hopes they have for their children, and you’ll hear lofty goals and high-dollar aspirations. Most parents want their children to have the best of everything – a top notch education, a degree from a high quality institution, and a career that is both fulfilling and profitable.

For many, that means only one thing – a future as a doctor, lawyer, executive, or other high-paying profession. For those who don’t know any different, only the most lucrative jobs will help our kids land the lifestyles they want. Anything else – a career in the arts, for example – and they’re settling.

Sadly, this narrative is shared all over the country, leaving parents disappointed and new college grads believing that true wealth is a pipe dream. Worse, this false story tends to spread rampantly, with far too many people never reaching their financial potential or “getting rich” simply because they never tried.

But some of us know a better way; some of us have seen how hefty salaries don’t always translate into happier lives or greater wealth. And some of us know a secret way to become financially secure, if not filthy, silly rich at nearly any income level.

If you don’t know already know what it is, I’ll say this:

The hidden avenue to wealth is your savings rate, and it matters a lot more than you think.

Your Savings Rate, In Action

She’s up. She’s down. She’s all over the place. What am I talking about?

The average American savings rate; that’s what. This telling figure now sits at 5.5 percent, notes a recent report from the Federal Reserve Bank of St. Louis, after hitting a decade-long long high in December of 2012.

That is a sad, sad statistic in my opinion, and the main reason far too many people never get ahead. When you’re saving only 5 percent of your money, getting rich is a much taller hill to climb. And that’s true even if you’re making bank.

Let’s Look At An Example

Imagine a family raking in $150,000 per year who tucks away just 5 percent of their income – and simply spends the rest. That’s $7,500 per year for retirement, a sum that will grow to just $370,671 after twenty years if compounded annually at a rate of 8 percent.

Now compare that to a frugal family of police officers who makes just $80,000 but manages to stash away 25 percent. Now, we’re talking. Earning the same interest rate, this family would have $988,458.43 after twenty years. That’s quite a difference, wouldn’t you think?

That’s certainly a whole lot better than the six-figure family who saved just 5 percent, right? It just goes to show that what you earn doesn’t really matter in the long run; it’s what you save that matters.

And if you can’t convince yourself to save, being a doctor, a lawyer, or CEO won’t help.

Getting Ahead (or not) With an Average Salary

This kind of scenario plays out in the real world time and time again. No matter what, saving and investing are the only moves that will help you get rich. No matter what people tell their children when they tuck them in at night, earning a lot of money isn’t enough on its own.

In reality, building wealth is a consequence of two key metrics, both of which are independent of your actual earnings, explains financial coach Todd Tresidder of Financial Mentor. Those two metrics are, a) your savings rate as a percent of your income, and b) your return on investment net of inflation.

“Notice how nowhere in there is any requirement of a high income,” notes Tresidder. This important piece of the puzzle, he says, explains why some teachers become fabulously wealthy while some doctors and attorneys remain mired in financial mediocrity.

Consequently, the example shared above also highlights something far too many people refuse to believe – that you actually can get rich on an average salary. Remember the narrative we talked about earlier – the one where low-earners think they’ll never get ahead, so they don’t try?

“Many people prefer to be a victim and blame the system,” says Tresidder. “It’s not their fault that their meaningful job as a social worker or teacher pays poorly. They love what they do and they’re not going to change careers so they pretend to be stuck.”

“Those things take effort. It’s easier to watch reality TV then to live in reality.”

Don’t Underestimate Your Ability To Save

Financial expert Stefanie O’Connell concurs, adding that people often underestimate their ability to save a large percentage of their income. It’s not that they can’t, says Stefanie. It’s often that they aren’t trying hard enough.

“You can easily bank half of even a modest salary in many parts of the country,” says Stefanie. “If though, getting ahead to you means living in a big, expensive city, you’ll have to make very different trade-offs. Maybe living with three or four roommates on the outskirts of town and relying on free resources like health clinics and the library for what would otherwise be your recurring expenses.”

It’s all a matter of perspective and what getting ahead means to you, she explains. “Knowing that you have that choice though, in and of itself can be hugely empowering.”

How to Get Rich on a Modest Income

Doctors, lawyers, social workers, and policeman need to heed this advice, no matter their income:

To get ahead, you need to save 20 percent of your income or more. And if you can save more than that, you definitely should. Hell, shoot for the stars – try saving 30, 40, or even 50 percent if you can. Why the heck not?

The key, says Tresidder, is to learn to find happiness with less. No matter who you are and what kind of job you have, you don’t need to earn six-figures to lead a fulfilling and exciting life.

“If income is limited, then the key is to focus on frugality and learn what spending most honors your values and what can be eliminated or reduced without significantly reducing the quality of your life,” he says. “In short, when income is limited it leaves only two dimensions to the equation to work with – spend less and improve investment returns.”

Everything you need to know about building wealth can be explained in one plain sentence. That advice: Spend less than you earn and invest the difference wisely.

“This implies that there are three strategies you can implement to get ahead: spend less (frugality), make more, or improve investment return,” says Tresidder. “That’s it, just three dimensions to the equation.”

You heard it here first, folks. Whether you want to get rich or simply save enough for retirement, you have only a few options: Cut your spending and invest a large percentage of your income, make more money, or improve your investment return. Or, you can just do all three.

But the first step actually has nothing to do with money; the first step is believing it’s possible. It’s abandoning the narrative that you can’t get ahead because you’re an art teacher, a fireman, or a social worker. It’s taking a look at the math – the percentages – and deciding that not only that you can get you ahead, but you will.

The truth is, you don’t need a high-paying job to become rich or retire. You need self-discipline, a willingness to learn basic financial principles, and an attitude that says you are prepared to do whatever it takes.

For every rich doctor who squanders it all, there is a school teacher who harnessed the power of investing to become rich. Just like with your career, you choose who you want to be – and don’t let anyone tell you otherwise.

Do you believe you can get rich with an average salary? Why or why not?